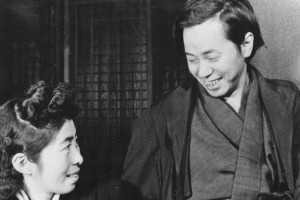 Haruchika Noguchi was born in Ueno/Tokyo, Japan, on September 7 th, 1911.

After the great Kanto earthquake, which hit the Tokyo area in 1923, the twelve-years-old Noguchi helped his neighbours by using the spontaneous movement of his hands. The results were favourable and people acknowledged his extraordinary talents in healing.

Later on he studied different philosophies and traditional therapies of the Far East. At the age of fifteen, as an already highly respected traditional healer, he opened his first dojo at Iriya.

During the first period of Noguchi sensei’s carrier, his disciples learned the mechanisms of health and how to treat sick people. After years of continuous work and study, and thanks to his extra-ordinary sensitivity, his exceptional intuition and his amazing and profound perception of natural phenomenon, he discovered how the spontaneous movements manifest in human nature.

Haruchika Noguchi built up the activity of Seitai with a very singular approach, and gave a much wider meaning to health by teaching through the use of Ki. Seitai means attuned or balanced body.

Very aware of the importance of the involuntary movements (yawning, sneezing, coughing, twitches, and so forth) for the balance of body, mind and emotions, he understood that it was better to cultivate people’s own life force than trying to cure their illnesses he gave a new orientation to Seitai. He included the regular practice of katsugen undo and yuki, and taught human beings to feel responsible for their own health.

He dedicated a very important part of his researches to conception, pregnancy, birth and the education of young children, hoping to contribute to the well-being of future generations.

culture and education: Noguchi Seitai being approved by the Japanese Ministry of Education and Science in 1957. His wife Akiko Noguchi, a daughter of Fumimaro Konoe’s (former Prime Minister), continued the mission of Seitai until her death in 2004 (I had the honour to practice „katsugen“). 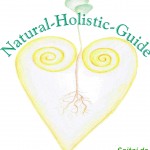